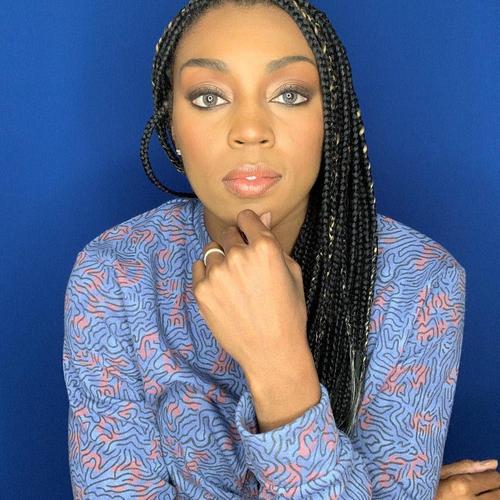 This Moment: A Talk with Renee Montgomery

Health Connections for Mind and Body

Renee Montgomery, a native West Virginian, completed her 11th season in the WNBA in 2019. She was drafted 4th overall by the Minnesota Lynx in 2009. She won National Championships with the UCONN Huskies in 2009 and professionally with the Minnesota Lynx in 2015 and 2017. She also won three state basketball championships during her high school career. She was named WNBA “All-Star” in 2012, as well as WNBA “6th Woman of the Year” in 2013. In the 2018 WNBA season, Renee broke a WNBA League record for most 3- pointers made in a half (7). During the 2019 WNBA season, she reached the 500 mark for 3-pointers made, making her 12th on the all-time list. In addition to her WNBA basketball career, Renee has started her non-profit organization, Renee Montgomery Foundation (RMF), whose mission is to serve the youth and families of Atlanta through principles learned in sports such as leadership, self-discipline, teamwork, sportsmanship, and confidence.

The anticipation of the 2020 WNBA season, and the excitement of the Dream playing at their new home at Gateway Center Arena came to a halt with the onset of a worldwide pandemic, COVID- 19. Following the shock wave of the pandemic, the world’s attention took another shift with the multiple police-involved killings of African Americans, which ignited a worldwide movement in the quest for racial equality and social justice. It was then that Renee, an advocate for equality, announced that she would be opting out of the 2020 WNBA basketball season to focus on social justice reform. Supported by her family, coach and teammates, Renee quickly put her foundation into gear and decided to ignite a spark of her own with Moments Equal Momentum (MEM). Moments Equal Momentum is an initiative that will educate and assist in creating a culture of change. Renee believes “All it takes is a single moment, a single choice to create momentum. All you need is a second to change everything!”

Since her decision to dedicate herself to the social justice movement, the floodgates of her career have begun to open. She recently filled a full-time hosting position on TMZ Sports, and makes multiple weekly appearances on TMZ Live as a contributor offering her take on sports and social justice causes. You can also catch her doing a deep-dive into the league every Saturday morning on WNBA Weekly on NBA TV.

Her love for the game will never die, and neither will her commitment to social justice and humanitarian initiatives. Leading by example, Renee hopes to propel the movement, and keep it going!