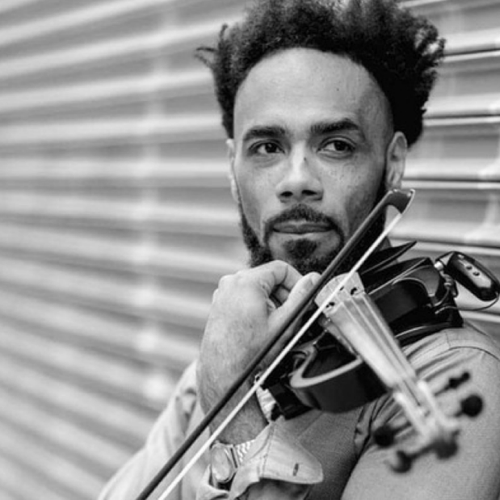 Health Connections for Mind and Body

Music for the Soul

With musical influences spanning classical, jazz, West African, hip hop, reggae, house, and R&B, New York native Shayshahn “PhearNone” MacPherson has redefined what it means to be a contemporary artist. Combining his skills as a violinist, DJ, MC, and producer, MacPherson seamlessly blends his instrument and lyrical ability to create a sound that is soulful, traverses genres and is distinctly his own. A pioneer in his space, MacPherson’s true talent lies in his ability to simultaneously connect with both music and audience, taking anyone who watches him play on an emotional journey.

MacPherson’s own musical evolution is shaped by his grandfather, who was a saxophonist in a big band, his Caribbean roots, and his exposure to cross-cultural music going as far back as seven years old. Born and raised in the Bronx, NY, he began playing the viola in elementary school. His talent with the instrument eventually earned him spots on both the Bronx Borough-Wide Orchestra & City-Wide Orchestra. MacPherson later attended Harlem School of the Arts, where he continued to hone his skills before being accepted into the Music Program at The University of Massachusetts Amherst. After college, he further developed his skills as a writer and MC as a member of a number of groups as well as a solo act.

MacPherson has performed as a violinist and lyricist at venues across the country and around the world including shows in U.K., Germany, New Zealand, Amsterdam, Turkey, Iceland, Colombia & Jamaica. His musical achievements span from youth, with feature performances at Carnegie Hall at the age of 12, to more recent work including appearances at AfroPunk Music Festival, the Barclays Center and collaborations/ performances with musical icons like Stevie Wonder, Erykah Badu, and Rahzel. Receiving high praise in reviews, including The Washington Times, MacPherson’s artistry has been dubbed "'evocative,’ 'infectious,’ 'regal,’ and 'popularly contemporary.’”

A true musician, MacPherson also plays West African drums (djembe & dun dun), the keyboard, and guitar. His passion for the arts also extends outside of music into theater and acting, where he has appeared in several plays for the Classical Theater of Harlem and other companies, as well as music videos, television commercials, and films.